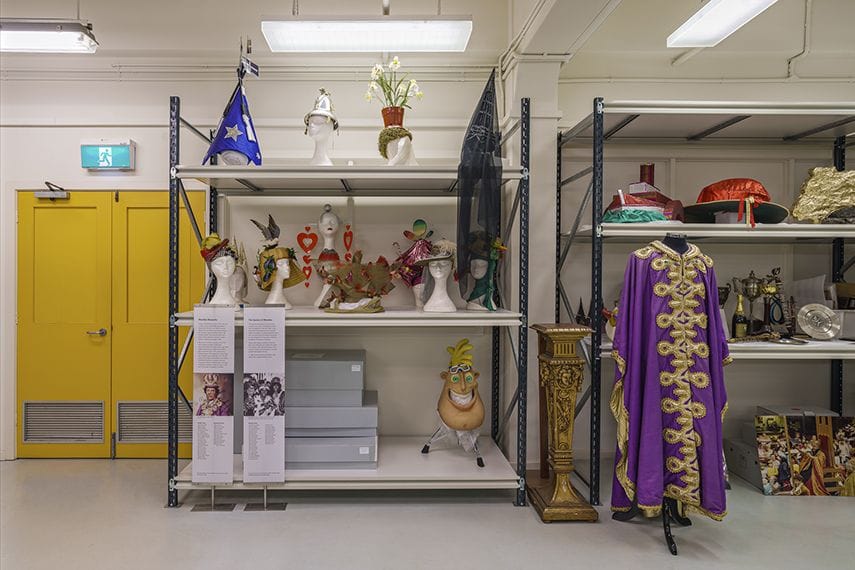 602 Little Bourke Street was built as a supply store for the (now demolished) adjoining electricity power substation. Parts of the building are now used to store the City of Melbourne’s Art and Heritage Collection. By any standard the collection is eclectic. Some elements are already on permanent display. Lord Mayoral portraits, for example, take pride of place in the Melbourne Town Hall and in the city’s streets and parks, public artworks such as Public Purse and Vault are on permanent display. This building is where the balance of the collection is stored. Consisting of 8,000 artworks and artefacts, the collection includes civic, ceremonial and commemorative objects, sister city gifts, architectural drawings, street art and streetscape images, a parking officer collection and contemporary art. From a wooden banana gifted by the Mayor of Coffs Harbour, to a pair of street ‘man-hole’ covers which once accessed the hydraulic system that powered the city’s elevators, to the gowns and crowns worn by Moomba kings and queens, to maquettes of some of Melbourne’s best known public art works, once you get behind the rather grim concrete façade of this building you will be given a rare insight into this fascinating city collection.

Take yourself on a virtual tour of this eclectic collection.