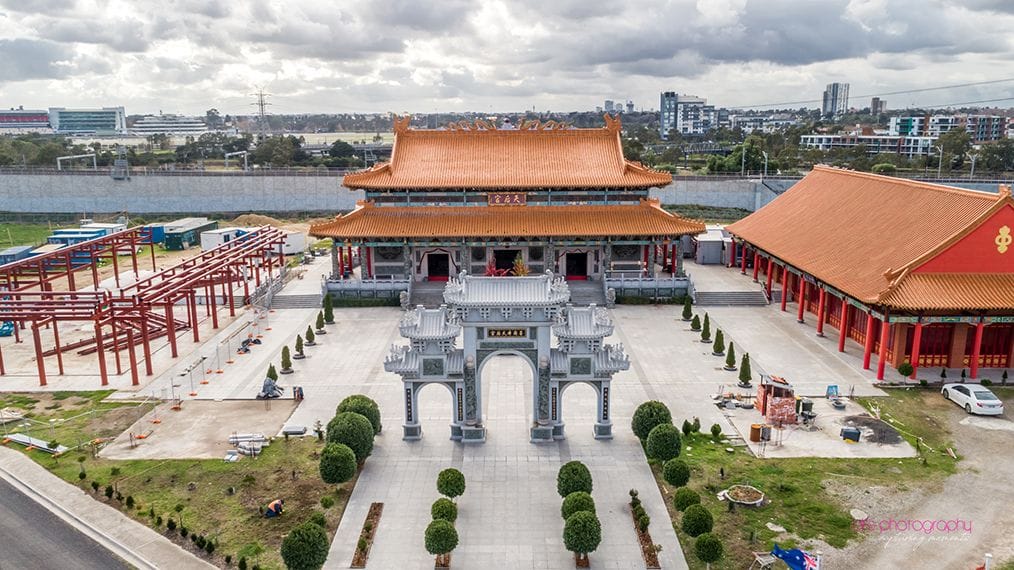 The organisation was set up in 1987 by Chinese who fled South Vietnam in 1975 as boat people and eventually arrived in Melbourne as refugees. They survived the rough seas during their journey and after settling down in Melbourne, built their Mazu Temple to pay respect to the Heavenly Queen (Mazu), the Goddess of the Sea for more than one thousand years. She protects those who dared to venture out to sea to make a living or to find a better life, the same as their ancestors who fled war-torn China and settled in Vietnam to build the famous Mazu Temple back in Cholon Vietnam hundreds of years ago.

The temple was first set up on the top floor of a small building near Chinatown in Melbourne. Later, they moved to Footscray and converted a reception hall into a temple. Being blessed by the Heavenly Queen, they eventually bought a piece of land alongside the Maribyrnong River in Footscray and decided to turn this piece of industrial wasteland into one of the biggest and grandest temples in Australia.

The land shapes like a large fish, wrapped by the Maribyrnong River and is considered excellent and auspicious in accordance to Chinese Feng Shui, with a golden Mazu statue located on the eye of the fish-shaped land. The temple complex consists of the main temple building in the middle with wings protecting it on either side and a central stone entrance gate guarding in the front.

Eventually, there will be a Bell Tower and a Drum Tower in the front left and right; and a Guan Yin Temple at the back. The temple buildings and design are based on the Forbidden City in Beijing, home to the emperors of China for the last 500 years. A long corridor similar to that in the Summer Palace in Beijing, together with a Jiangsu style Chinese Garden will also be built in the near future. The temple is being built not just for  devotees, but for all Australians to share this beautiful Chinese architecture and traditional palace-style buildings and for all future generations to come.

Take a tour of the temple complex below.