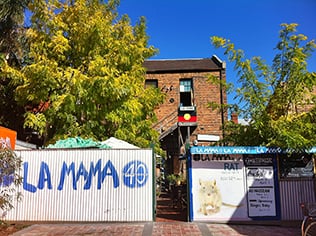 We had the pleasure of talking to Australian author Christos Tsiolkas about why La Mama is his favourite heritage building in the Open House Melbourne 2015 program. His interview is part of a Heritage Council of Victoria series that looks at the connection between Melburnians and their city.