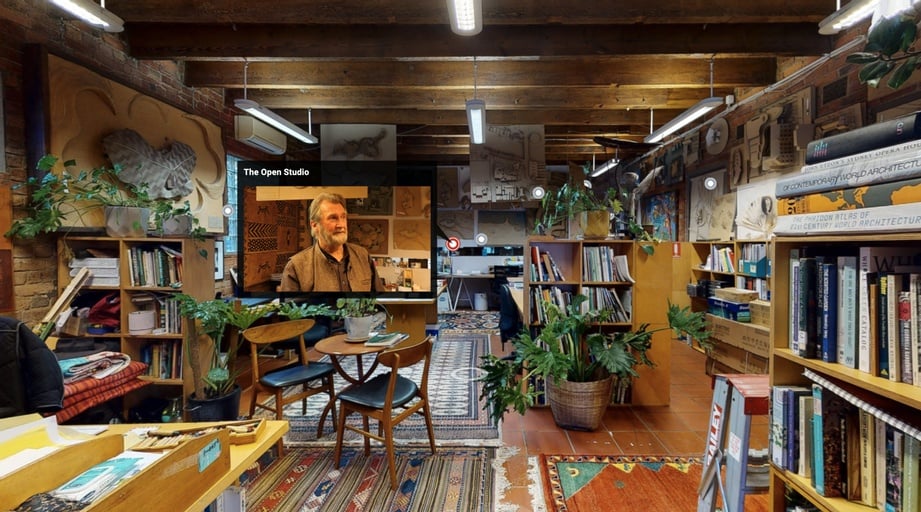 Access a virtual reality tour of the Gregory Burgess Architects Studio as it was in November 2020. The space, a former bronze foundry in industrial Richmond, was home to Gregory Burgess Architects for 20 years. The tour includes Burgess Architects’ open studio, Greg’s personal workspace and other working and storage spaces. Traces of the studio’s work and Burgess’ own history can be seen throughout. Boxboard presentation models line the walls, and artworks collected through Greg’s travels in Australia and the Asia-Pacific region feature prominently. The high bay of the former foundry houses hundreds more models and drawings, all of which have now been catalogued and relocated to their new home in the Greg Burgess Archives.

The self-guided virtual tour includes extensive annotations of Burgess projects and points of interest, alongside a series of short videos featuring Greg and others discussing his life and work.

A self-guided virtual tour includes extensive annotations of Burgess projects and points of interest, alongside a series of short videos featuring Greg and others discussing his life and work.

Explore the building virtually for Open House Melbourne, scroll below.