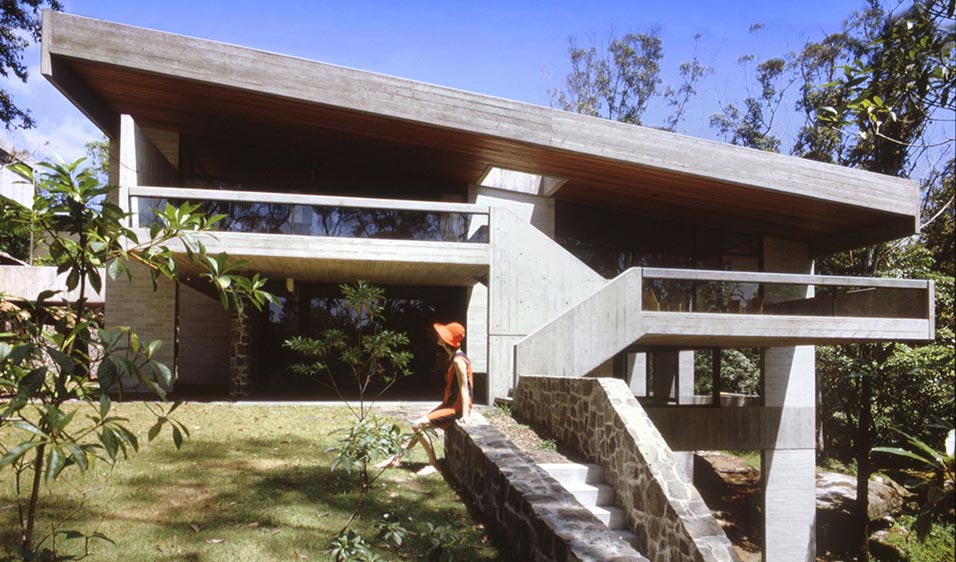 For those of you who missed out on our screening with ACMI in early November, and after airing on ABV TV – Harry Seidler: Modernist is now available to stream on ABC’s iView, right here, until 15 December, 2016.

At the time of his death in 2006, Harry Seidler was Australia’s best-known architect. Narrated by Marta Dusseldorp, Daryl Dellora’s latest film charts the life and career of this controversial figure through the eyes of those that knew him best; his wife Penelope Seidler, and leading architects from around the world including Colin Griffiths and Peter Hirst and Pritzker Prize winners Lord Norman Foster, Lord Richard Rogers and Glenn Murcutt.

From an early age Harry Seidler was convinced he would be an architect. At the outset of WWII, Seidler was forced to flee his native Vienna, finding refuge in the UK and finally Canada where he pursued architectural studies at the University of Manitoba.

Seidler arrived in Sydney in 1948 for a short stay to build a house for his mother. The Rose Seidler House was like nothing Australians had ever seen before, people queued up to see it and Seidler became an overnight sensation. Within two years he was inundated with work, twenty six houses were designed or built by 1952.

Harry Seidler’s career was not without controversy. Almost from the moment he arrived he went headlong into battle with local councils that objected to his flat roofs and box like shapes but his career continued to surge with hundreds of buildings all over the world including private houses, tower blocks in every capital city in Australia, and public buildings like the Australian Embassy in Paris and his last building, The Ian Thorpe Aquatic Centre in Sydney.

For Producers, Charlotte Seymour and Sue Maslin Harry Seidler: Modernist has been a long-held passion project.  “In the late nineties, postmodernism was the architectural flavour of the month and the purist modernist aesthetic was very much on the nose. Now there is a love affair with mid-century modernism and a new appreciation of an architect who really was ahead of his time.” For director, Daryl Dellora his “mission with this film was to study not only Harry’s architectural practices but also the powerful human story of the success, against all odds, of an immigrant Jewish boy who became one of Australia’s most successful and best-known architects.”