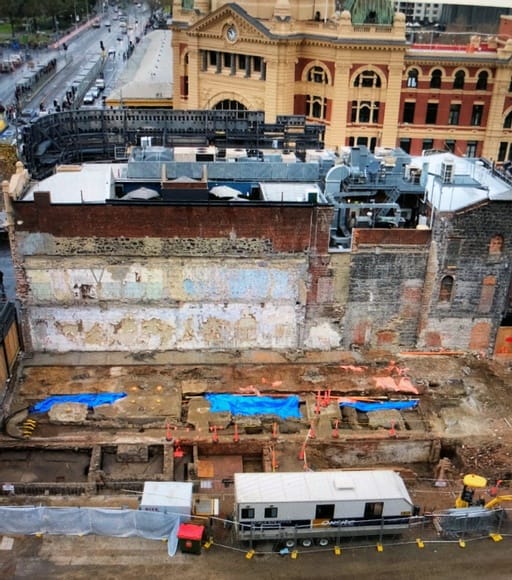 This year’s online event presents new discoveries from some of the city’s recent archaeological investigations. For the first time, discoveries will be revealed from the Melbourne Metro dig enhancing the city’s reputation as one of the world’s best examples of a 19th century archaeological site and throw new light on the establishment and growth of the historic city.

The 2021 Heritage Address speakers include:

_Jeremy Smith is Heritage Victoria’s Principal Archaeologist. He was formerly a member of the Victorian Heritage Council’s Archaeology Advisory Committee, and has written a number of publications relating to the state’s archaeology. He was a key contributor to the award-winning book Ned Kelly Under the Microscope (CSIRO Publishing, 2014).

_Megan Goulding is Principal Archaeologist and CEO of Ochre Imprints Pty Ltd and is the Archaeology member of the Victorian Heritage Council. She has worked as an archaeologist since the late 1980s and has directed numerous historical archaeological excavations in Melbourne CBD and the regional Victoria. Megan was the Excavation Director of the Melbourne Metro CBD South archaeological program.

For the first time, archaeological discoveries will be revealed from the Melbourne Metro dig.

This online annual Heritage Address is a lecture presented by the Heritage Council of Victoria as part of the Open House Melbourne July program. The talk has been presented on an annual basis since 2009 and has been given by prominent individuals about particular heritage topics.

The 2021 Heritage Address is presented by the Heritage Council of Victoria as part of the Melbourne Open House July program.

FREE, no booking required
Visit this webpage and scroll
below to watch at the event time.