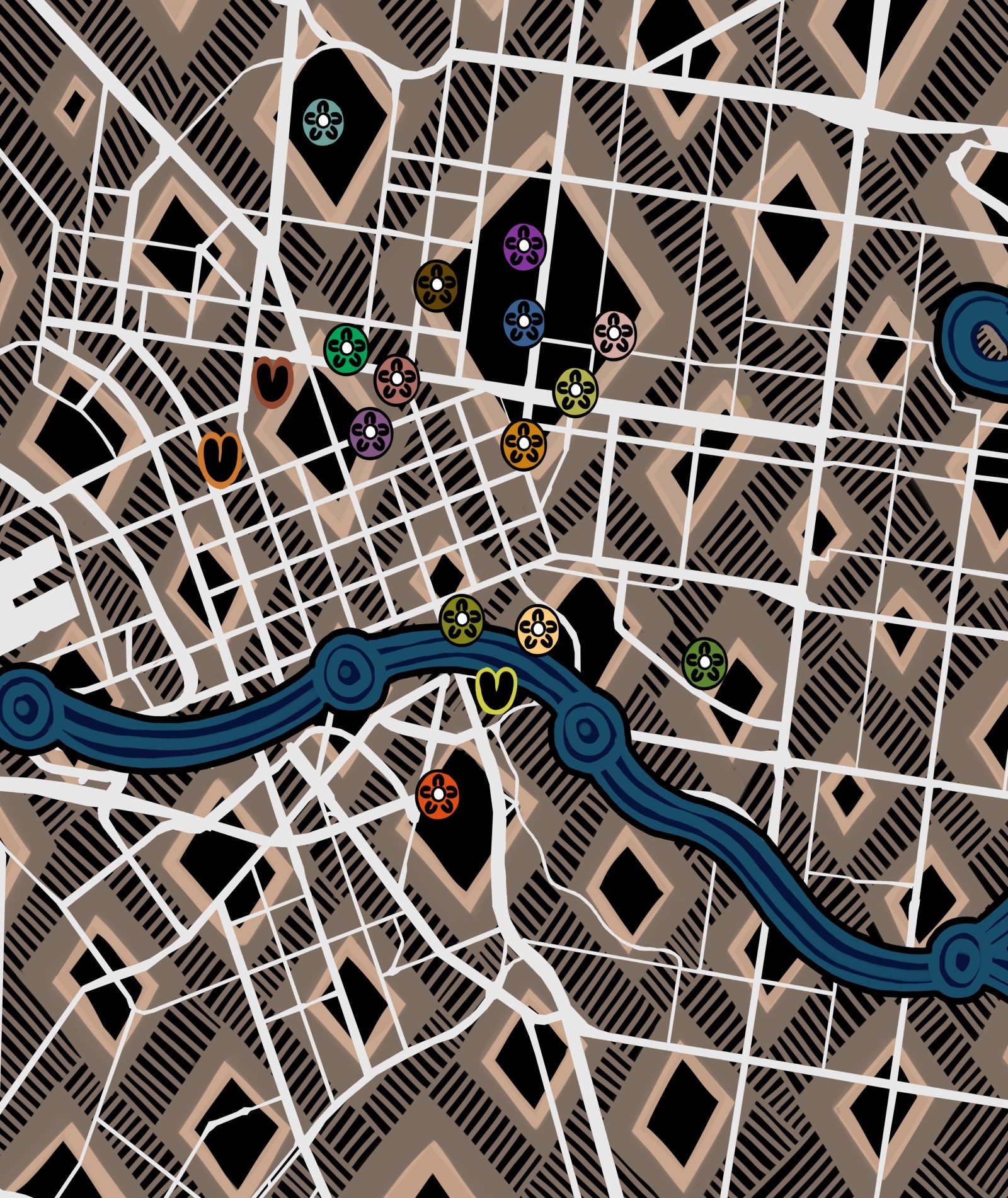 Sites of Indigenous Significance in Kulin Melbourne: A Walking Tour

You may have already noticed the striking map of Kulin Melbourne inserted into your program. The map demonstrates the ongoing connection of our Indigenous communities to land and place that existed before invasion and continues today.

Open House Melbourne has partnered with the Koorie Heritage Trust and Indigenous Architecture and Design Victoria to develop a continuing program of walking tours and a printed map that considers contemporary aboriginal design and architecture in the city, and look at the relationship between Aboriginal culturally significant sites and the city’s modern built environment.

We acknowledge the Traditional Custodians of the land that the map represents, the peoples of the Kulin Nation and pay our respects to their Elders, past, present and future. This land was never ceded.

This map is intended as a starting point to recognise just some of the many sites of Indigenous significance found across Kulin Melbourne, and is by no means a complete list. The highlighted locations include sites of intangible cultural heritage, contemporary Indigenous architecture and design, commemorative markers, local Aboriginal organisations and important historic and political sites. It represents the past, present and future of Kulin Melbourne.

The sites have been selected by Jefa Greenaway, and the map was designed by Letoya Muraru.