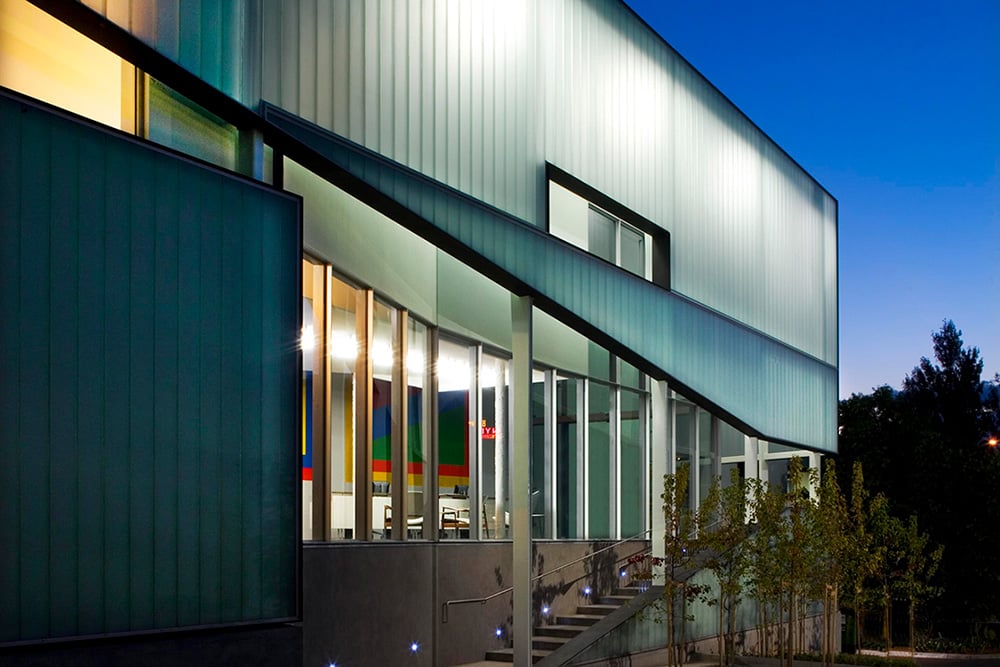 The Sussan and Sportsgirl headquarters building began as three disparate 1960s and 1970s warehouse buildings in Richmond’s Rosella Complex, unhappily tied together and uncomfortably connected until they were transformed into a 9000m2 cohesive and light filled work place.?۬

The CEO of the Sussan Sportsgirl group, envisaged one place for her family of businesses, her art collection and her love of gardens. Her hope was for a building where happiness is an asset, through working in an atmosphere of light, openness, views, art and gardens.

The three original buildings were reconceived as one, and re-planned either side of a peaceful central garden. The entry, reception and gallery become the public face on the street, while the general offices face south over the river. ?۬Some of the guides in this project were to have clarity at the big scale and complexity at the small scale and to make a large building disappear. Part of the challenging brief was also to create a view where none existed ?۬to make a forest sprout from a car park and to allow access for all to air and light. An overarching idea was to make interaction between people unexpected and serendipitous and to make human happiness a business asset.

Tours will be conducted on Saturday 25th July.