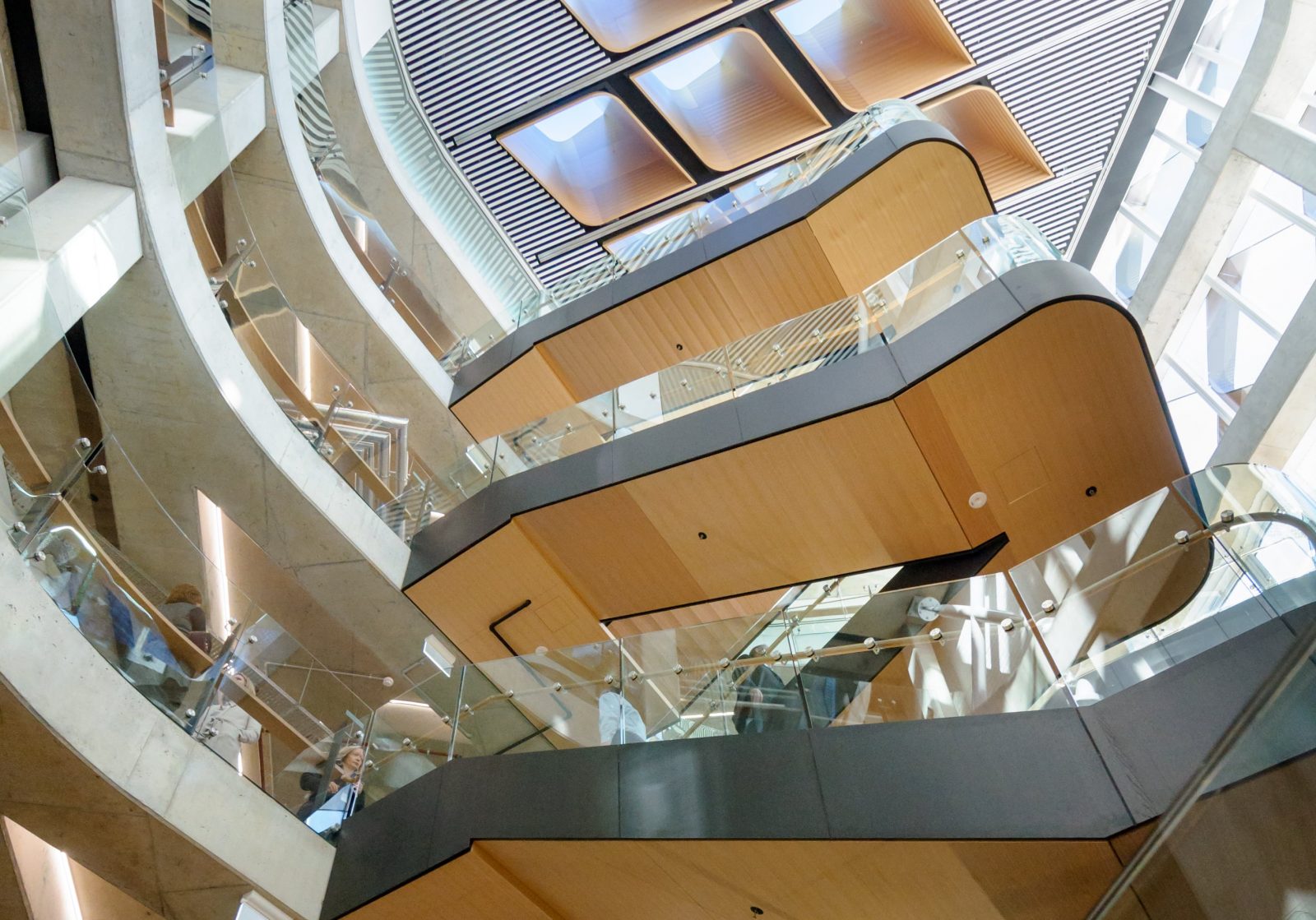 For the first time, Melbourne Design Week is expanding its program, giving Victorians an opportunity to explore Geelong, Australia’s UNESCO City of Design.

Did you know that Geelong was the birthplace of design icon Grant Featherston? Or that the city’s proud history of design-led innovations include prototypes to the Hills Hoist and telephone?

At Geelong, the relationship between technology and design remains strong. Experience this firsthand at Waterfront: Green Jeans. Meet researchers from Deakin University’s Institute for Frontier Materials (IFM) working on a process to significantly reduce the environmental impact involved in denim production and tour the IFM facilities and displays.

Open House is presenting two other events in Geelong: When New Meets Old: Good Design and Heritage, a panel discussion on the nexus between good design and heritage; and Wreck or Rectify: Barwon Water Ryrie HQ Tour (above) through the award-winning 5 Star Green Star-rated headquarters with Geelong’s first large-scale rooftop garden. Other Melbourne Design Week events on in Geelong on Saturday March 23 include:

Architect and educator Jefa Greenaway discusses agency for Indigenous voices through design at The Echo of Country. This event is at the Geelong Library & Heritage Centre where you’ll also be able to see ARM’s award-winning Dome. Nature, design and us discusses biophilic design and why it could change the way we live in our homes and cities and Space, gender and safety: Creative collabs workshop explores experiences of safety in public spaces. If you’re making a Saturday of it in Geelong, you may also want to visit Geelong Gallery for the Bauhaus centenary exhibition, Fyansford silos art by street artist Rone, or the restored 19th-century Armitage-Herschell steam driven carousel along Geelong’s waterfront. Geelong Grammar’s School of Performing Arts and Creative Education by Peter Elliott Architecture, and theGeelong Ring Road Rest Areas by BKK Architects are other design highlights. We also highly recommend taking a peek at the newly open Dowel Jones furniture store, located in the historic RS&S Woollen Mills.

Back in Melbourne, don’t forget that Sunday 24 March is the final day of Melbourne Design Week 2019. To end our #OpenWaterfront series, we’ve got two boat tours available: Waterfront: Commuter Afloat and a docks tour by catamaran on Waterfront: I’m on a (Port Of Melbourne) Boat! Seats are still available, but be quick! Waterfront is presented by Open House Melbourne as part of Melbourne Design Week—an initiative of the Victorian Government in collaboration with the NGV.