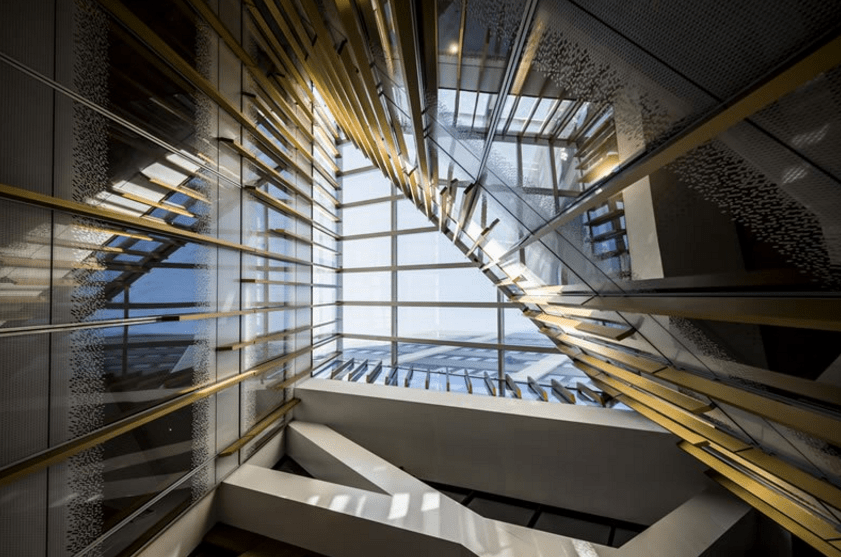 Open House Melbourne Weekend is fast approaching on Saturday 29 and Sunday 30 July. Since 2015, the number of buildings open for the weekend has doubled to 200, and over 80 new buildings have been added to the 10-year anniversary program in 2017.

Among the 200 buildings on display to the public this year, 87 are in the City of Melbourne.

Lord Mayor of Melbourne Robert Doyle AC said the City of Melbourne is incredibly proud to be able to show them off to the public. “We have so many architectural gems in Melbourne which help to give our city its unique character,” the Lord Mayor said. “Among them is the grand Melbourne Town Hall and Melbourne City Baths as well as the environmentally friendly Council House 2 and repurposed historic spaces like the Signal creative studio.”

New Academic Street (pictured) in the Open House program marks the first public launch of the redevelopment, a project that has transformed the heart of the RMIT University City Campus, creating new facilities to deliver better services for students. The project boasts the design expertise of five separate architecture firms including Lyons, MvS Architects, NMBW Architects, Harrison and White, and Maddison Architects. Visitors will be taken on guided tours by the architects involved and by RMIT students on Saturday 29 July.

17 Casselden Place is of architectural and historical significance to the state of Victoria as the only surviving example in the city of a single-storey worker’s cottage from the early 1860s. This is the first and last year the cottage will be open to the general public as building works and an archaeological dig will occur later this year as part of the 271 Spring Street development. Visitors can take self-guided tours in Saturday 29 July throughout the cottage, outhouse and courtyard.

SIGNAL is a creative studio for young people 13 to 25 years located on Northbank in the heart of Melbourne. The building is the last surviving signal box of Flinders Street Station. In 2009 it was transformed into the creative arts studio that it is today. The building’s design makes uses of simple environmental concepts and efficient design to ensure a good supply of fresh air. Visitors can take self-guided tours over the whole weekend.

KPMG
KPMG’s ‘Workplace of the Future’ at Collins Square is a striking new addition to the Melbourne skyline. Beyond the majesty of John Olsen’s Sun King in the foyer, the fully- agile workplace supports a new way of anticipating client needs while fostering innovation and collaboration among its people. Visitors can pre-book tours for Saturday 29 July.

The Mail Exchange on Bourke Street opened in 1917 and is one of Melbourne’s earliest and most beautiful examples of Classical Revival architecture. It was originally designed by Commonwealth Home Affairs Architect, John Smith Murdoch and established to relieve the congestion at the nearby Melbourne GPO. Visitors can take self-guided tours throughout the historic staircase and foyer. 3D animations and projections will also showcase the ongoing work of their current resident, architectural firm, The Buchan Group.