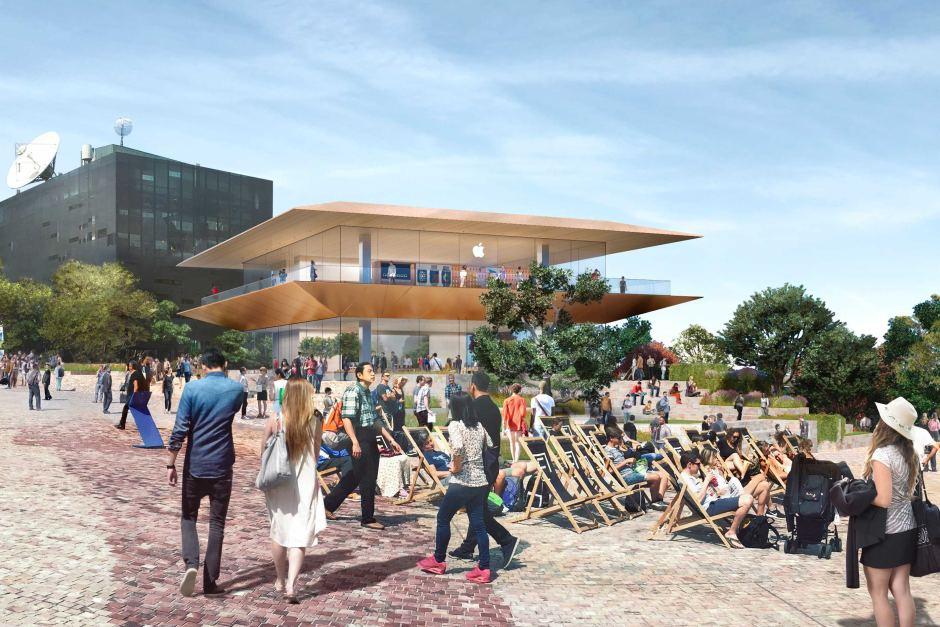 The statement put to the debaters was ‘The proposed Apple Store will be a win for the square and for the city’. Conducted within a traditional debate format, four speakers presented the case for the affirmative, and four for the negative. Questions from the public were submitted prior to the debate and presented to the speakers by moderator, Andrew Mackenzie.

The topics were passionately debated by all speakers, addressing everything from civic and cultural impacts, to the architecture itself, and the economic impacts upon Federation Square and Victoria.

Open House received 70 responses to the post-debate survey. The primary reason people attended was to gain insight into the planned Apple Store in Federation Square, followed closely by feeling strongly about the proposal. People also attended to gain insight into major changes to the city’s built environment, and to learn more about Government’s approach to planning and managing public spaces.

PRIOR TO THE DEBATE:

_82.86% of respondents said they favoured the negative argument

_17.14% indicated they were neutral or favoured the affirmative

_65.71% of respondents stated they were more sympathetic to the negative arguments, 10% were less sympathetic and 24.29%, about the same

These results suggest that the event served as an opportunity to better understand both sides of the debate, with notable shifts in sympathy for both sides.

Donald Bates, part of the original design team on Federation Square, gave background insights into the Square’s original designs, speaking to what he sees as a positive change to its architecture and civic opportunities, addressing some of the perceived shortcomings of the original Federation Square design. He noted the most successful public spaces in the world invariably have commercial activation.

Councillor Leppert sidestepped the discussion around design and architecture to directly address his concerns with the way the decision was made without public consultation. Reflecting the City of Melbourne’s public statements and vote urging the Victorian Government to review the planning approval decision.

Garner advocated for a diverse Federation Square, one where commercial, civic, and cultural component parts work in synergy to the benefit of the whole. Pointing to the world’s most successful public squares, she noted that they are all a successful mix of “foot traffic, meeting place, and marketplace”.

The State Government Architect also reflected on the constant changes that have put pressure on the Federation Square site, and provided context to the square’s design as an ever-evolving space in constant tension and re-balance. She noted the need for a “refresh” that overlays the existing square to address what she feels has become a compromised space.

Davidge questioned why the planning approval process for an Apple Store at Fed. Square required an amendment to exclude the Exhibition and Panel Hearing stage. Davidge proposed that the amendment may have been a way to avoid discussing the Federation Square Civic and Cultural Charter, which she feels the development does not comply with.

Davidge expressed concerns that the ‘brand presence’ of Apple in Fed. Square would impact upon the civic space, using the example of a recent protest in front of the proposed Apple Store.

Letts argued that Melbourne, like all modern cities, is in the middle of a technological revolution. Letts believes that companies such as Apple play a huge role in encouraging other tech companies and disruptors to move to Australia. If Apple carries through with its proposal, Letts believes the contribution to Federation Square, the community, and the flow-on effects to the Australian economy will be significant.

As an Landscape Architect and Urban Designer, who has worked across a range of high-profile public landscape projects, Jones highlighted the impacts of the proposed design on the form and function of Federation Square as an urban space. Jones questioned the lack of details of the design, and challenged the proposed design’s claim that it would provide better connection to the Yarra River, pointing to Donald Bates’ comments around the ‘containing’ effect of the existing Yarra Building.

Tribe gave context to the decision from the point of view of Federation Square’s board and management. He highlighted the challenging economic landscape, where competition and market expectations have conspired to make Fed. Square less financially viable. Tribe pointed to falling revenues, inability for some commercial tenants to meet rent, and the restrictions placed upon the organisation when looking for alternative funding, as all driving factors for supporting the proposal.

Taking a traditional ‘fourth speaker’ approach, Anatolitis rebutted statements from the affirmative and recapped arguments of the negative, focussing again her team’s arguments around the civic, cultural, and design shortcomings of the approved store and its proposed design.

Watch the full debate below, and head to the Open House Facebook page to read live comments and reactions.