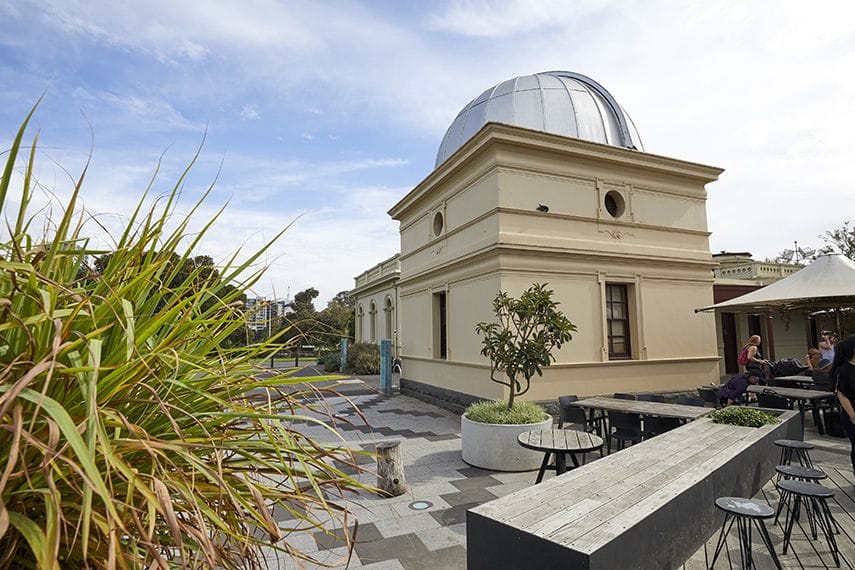 Architect: Melbourne Observatory opened in 1863 under the guiding hand of Robert Ellery (1827–1908).

Join us during Open House Melbourne Weekend and take a 360 degree virtual tour through three of the Heritage buildings that form part of Melbourne Observatory, opened in 1863 under the guiding hand of Robert Ellery (1827–1908). It was Victoria’s centre for time setting, astronomical and geophysical studies, the initial survey of Victoria, weather data, forecasting, and weights and measures standards. The buildings were purpose-developed between 1861 and 1902, leading to their distinctive shapes and features. The Photoheliograph and Astrograph domes are carried by iron wheels on iron tracks. The South Equatorial dome is a lantern roof rolling on iron cannonballs between iron races. All domes were originally moved by hand, but since 1957 the Astrograph dome has been powered by a second-hand washing machine motor. Currently, Melbourne Observatory houses the impressive Photoheliograph Telescope (1874), a telescopic camera for photographing the sun, which has captured four transits of Venus. Also on display are an original 8-inch refracting telescope by Troughton and Simms of London (1874) and a 12-inch Newtonian reflector telescope.

Discover more about the Observatory, the Astronomical buildings and the Photoheliograph.