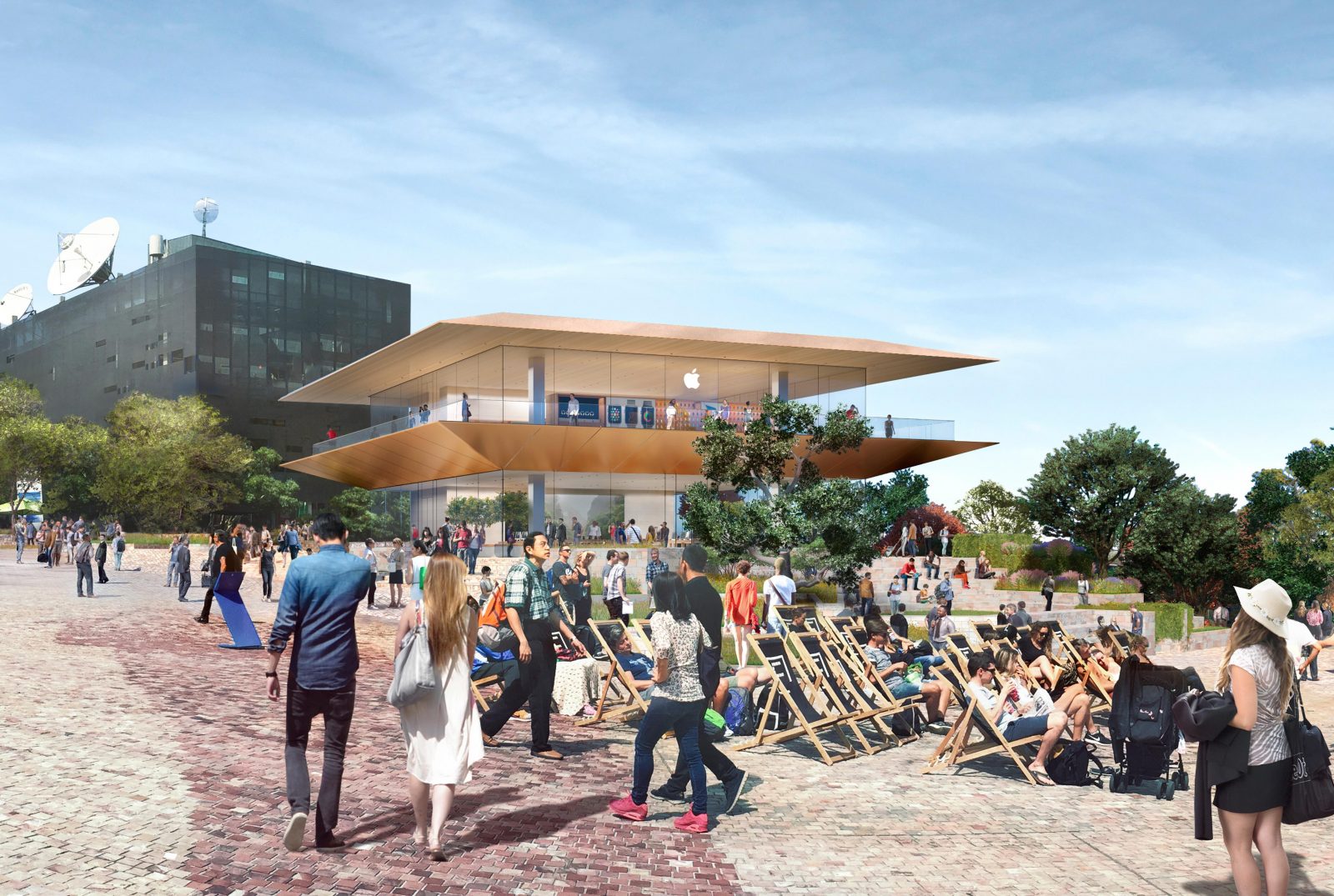 In late December 2017, the Victorian Government and Federation Square announced that the 15-year-old Yarra Building at Federation Square would be demolished to make way for a new Foster+Partners-designed ‘flagship’ Apple Store.

In partnership with PIA, AIA, and AILA, Open House Melbourne will be hosting a free public debate on the evening of 13th February at Deakin Edge, Federation Square. This is an opportunity to hear from members of the architecture and planning profession, cultural and arts sector leaders, and public office representatives about the divisive decision that has generated a lot of public attention.
This event is an opportunity for Melburnians to hear both sides of the debate.
MODERATOR:
Andrew Mackenzie, Foreground
The AFFIRMATIVE team:
_Jonathan Tribe, CEO Fed Square
_Donald Bates, Director Lab Architects
_Jill Garner, State Government Architect OVGA
_Martine Letts, CEO Committee for Melbourne
The NEGATIVE team:
_Councillor Rohan Leppert, City of Melbourne
_Tania Davidge, Architect and Citizens for Melbourne
_Esther Anatolitis, Executive Director NAVA
_Ron Jones, Director Jones and Whitehead
This event is booked out.
For those who could not attend the event in person, we were able to live stream the debate and have shared the recording below. You can also follow comments from the debate on Twitter using #FedSqDebate.

Free, registrations essential. This event is currently booked out. Due to significant demand, a limited amount of tickets will be released on 1st February until booked out. We are working to live stream this debate – details to be confirmed.